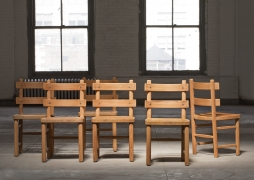 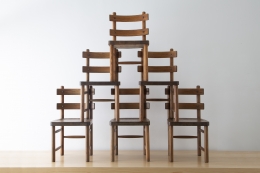 In1938, Hjorth left Nordiska Kompaniet to open his own showroom in Stockholm, and also an architectural office. His efforts to work independently were thwarted when he suffered a devastating loss at the 1939 World Exhibition in New York; his designs were left outdoors and exposed to heavy rains. Additionally, wartime restrictions on the importation of certain woods limited his production. He was forced to close his operations at the end of the 1940s, and sought a position at Aski, a company, which produced simple office furniture and interiors.