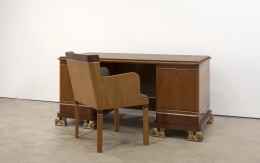 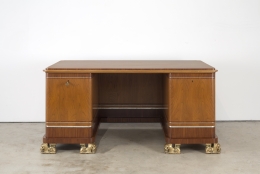 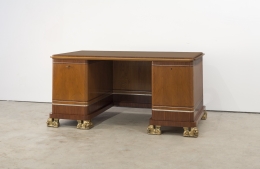 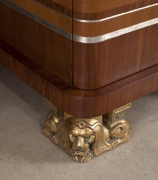 Bergsten was the head of Nordiska Kompaniet’s furniture department from 1917 – 1925 while also working extensively with the Swedish government regarding design and construction of state buildings. Bergsten’s talents were varied; best known for his architecture, he also created entire interiors and furniture. He designed curtains and other textiles, as well as jewelry for his wife and even her wedding dress.

Bergsten’s most famous designs were the Swedish Pavilion at the seminal 1925 Exposition International des arts Decoratifs et Industriels Modernes in Paris, the interior of the ocean liner M/S Kungsholm, and the Liljevalchs Gallery in Stockholm, which when completed in 1917 was one of the first and still finest examples of early modernist architecture in Sweden.