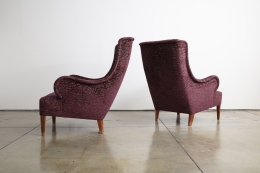 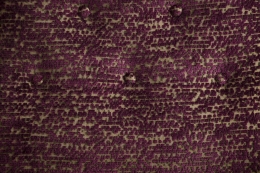 Malmsten's works were popularized through a multitude of exhibitions, some of which include Hemutställningen Liljevalchs in 1917 where his works were shown alongside those of well known Swedish architects Gunnar Asplund and Uno Åhrén. He also exhibited in Gothenburg in 1923, at the World Exhibition in Paris in 1925, in New York in 1927, at Liljevalch again in 1928 and Stockholm in 1930.

The Stockholm Exhibition of 1930 in which Malmsten participated, however, was a definitive moment in the trajectory of Carl Malmsten designs as representative of the high standards of Swedish handicraft and artisanship. Organized by the Swedish Society of Craft and Industrial Design, the exhibition served to showcase industrial designs by craftsmen and architects that could be both practical and cost effective for working class families. While works by Malmsten were featured, he maintained that the majority of works on display were repetitive, lacking in character, and unrepresentative of Swedish culture and tradition.

Malmsten remained a vocal opponent of functionalism, instead advocating for creative manual work that could be at once accessible, high quality and suited to individual tastes. He conceived of wide ranging styles inspired by Swedish nature and culture as well as modern forms, and his furniture lines were named after clients, places and moods with which he associated each piece's production. With each work, whether it was an elaborate and inlaid bourgeois creation using exotic woods or a simplistic birch or pine piece in the "peasant" style, Malmsten ensured that his furniture was durable, functional and executed to the highest technical specifications.

Profits from the Key Workshop series production enabled the founding of Capellagården, the Carl Malmsten School for Creative Work in Öland, which has presently trained more than 100 craftsmen in the fields of textile craft and design, cabinet making, furniture design, interior carpentry, ceramics and organic horticulture.

Malmsten has ensured a legacy of functional, individualized, high quality handicrafts through his own practice, his multitude of workshops and educational institutions.  His emphasis upon precise technical execution united with entrepreneurial spirit has perpetuated an appreciation for his wonderful and varied forms throughout Sweden as well as internationally.