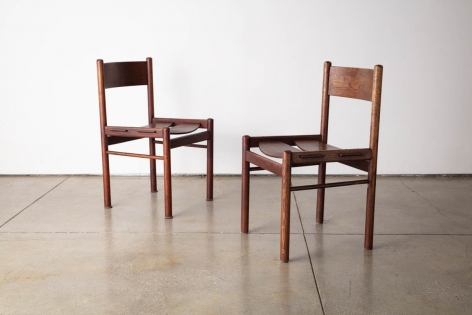 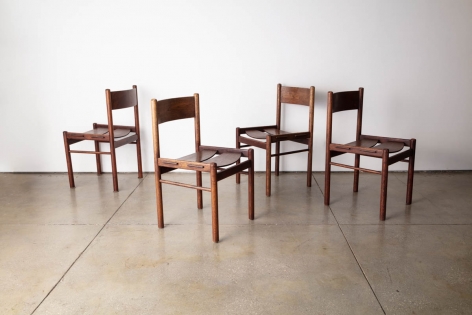 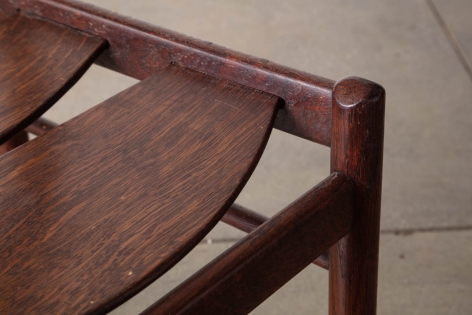 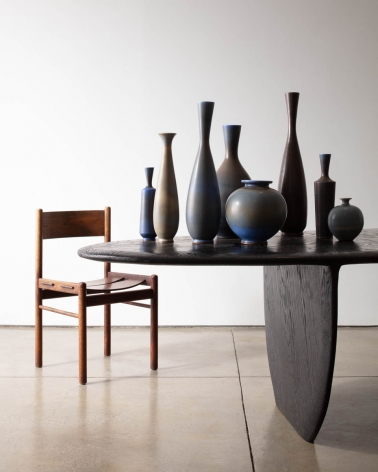 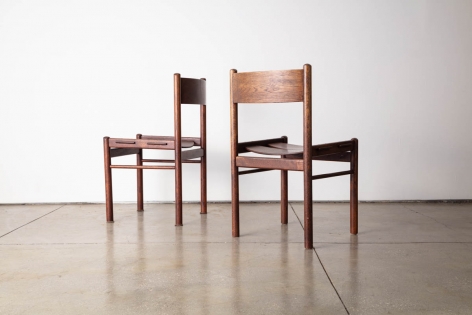 Grete Jalk (Danish, 1920 - 2006) was born in Copenhagen and studied at the Design School for Women before graduating from the Danish Design School in 1946; while completing her schooling, she also studied under Kaare Klint at the Royal Academy’s Furniture School. She went on to teach at the Design School from 1950 – 1960, opening her own design studio in 1953. While Jalk was multitalented, creating wallpaper and upholstery for Unika Væv, as well as silverware for Georg Jensen, she is most known for her furniture.

In 1955 Jalk presented a series of rounded, laminated wood chairs to manufacturer Poul Jeppesen; in 1963, Jalk perfected this style, winning a British furniture competition organized by the Daily Mail. Though only a few hundred were produced during her lifetime, Jalk’s folded, formed laminated wood chairs are iconic within her oeuvre. Her organic, elegant aesthetic is also visible in the simpler, more traditionally modern pieces she completed for wider distribution. These pieces became internationally famous, increasing Denmark’s reputation for furniture design.

Besides her own design, Jalk wrote widely about Danish design, editing the furniture and interior design magazine Mobilia from 1956 – 1962, and again from 1968 – 1974. She designed exhibitions, including ones for the Ministry of Foreign Affairs and the UN Conference on Women. The chair that won her the Daily Mail International Furniture Competition was immediately included in the Museum of Modern Art in New York’s collection, where it has remained on permanent exhibition.