Heini Riitahuhta (Finnish, b. 1975) is a designer working at the Arabia Art Department. Expressing her artistry with decorative unique works, Riitahuhta is inspired by traditional Finnish embroidery and cross-stitch work; she is also influenced by nature in her practice, particularly her childhood memories of her grandmother in her garden, surrounded by the smells of the earth and the perfume of the flowers. As a result, her works blend Finnish flora with creations from her imagination. Ceramic hexagons create a fascinating composition that grows piece by piece, containing a tiny cosmos in each of numberless fragments which, when taken together, form an expanding universe.

Riitahuhta studied at the ceramics and glass department of the University of Art and Design Helsinki and Sint-Lucas Visual Art Institute in Ghent before earning her Master of Arts in 2002 at Taiki in Japan. During the same year she received the Honorable mention in Mino, Japan. She was a founding member of the Arabia Art Department Association and its first president. She has participated in exhibitions in Finland, Japan, China, Switzerland, France, and the Nordic countries. This year, her work will be featured in the Finnish Design Exhibition, which will later circulate to five major Japanese museums. 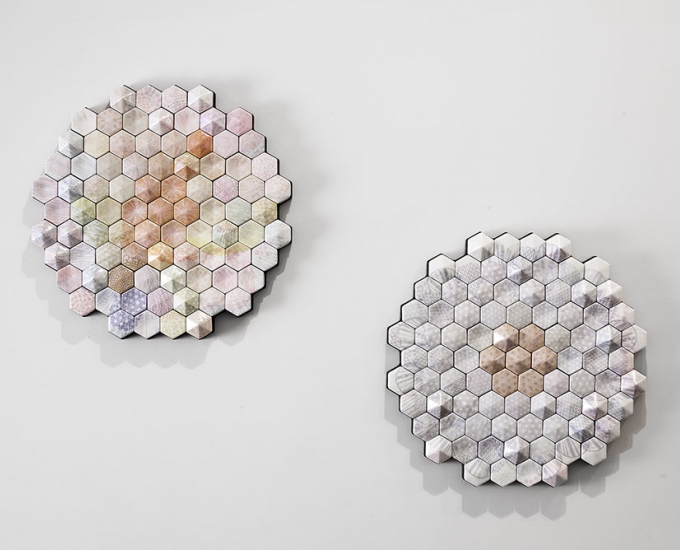 Heini Riitahuhta
Back To Top