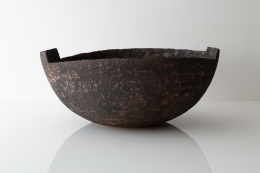 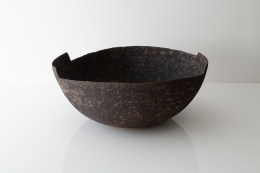 Kati Tuominen-Niittylä is an internationally renowned ceramic artist living and working in Finland, who has been a member of Arabia Studios and the Art Department Society since the 1980's. Her minimalistic works blend multiple techniques, including throwing, casting, and hand-building, and textural, carved surfaces are prevalent in her practice. Evoking archetypal forms as well as shapes found in nature, her palette remains organic. Many pieces feature flat bases and subtle handles, referencing traditional functional vessels and her interest in ceramic history.

Tuominen-Niittylä graduated from the University of Art and Design in Helsinki in 1976. She has exhibited widely throughout Finland and Europe as well as within America, Japan, and Korea. She has received prestigious awards, including the Grand Prix in 1998 and the gold medal in 2002 in Mino, as well as the Kaj Franck prize, among others. Her work is in many public collections, including the Victoria & Albert Museum in London, the Finnish State Collections, and the Shigaraki Cultural Park Museum in Japan. 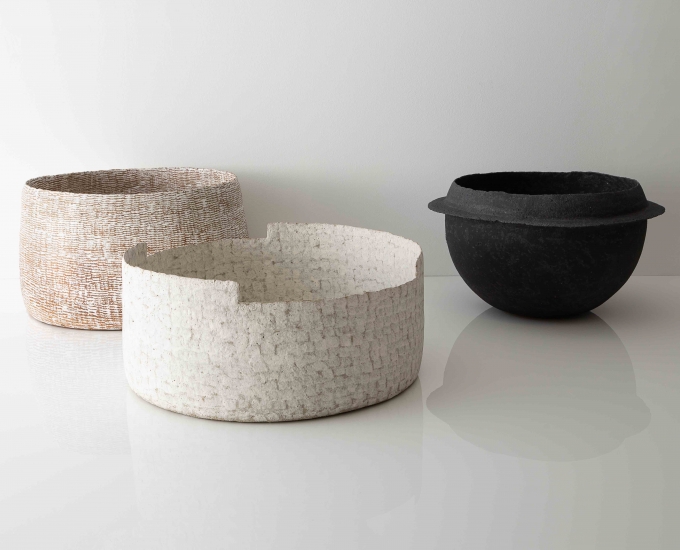 Kati Tuominen-Niittylä
Back To Top