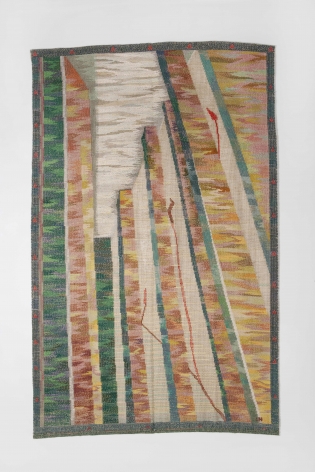 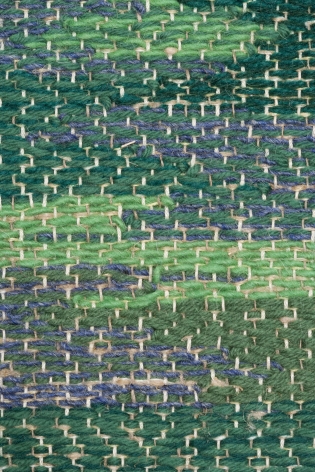 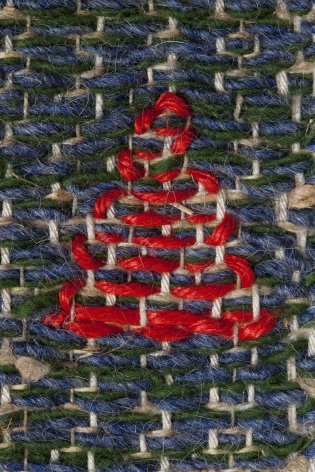 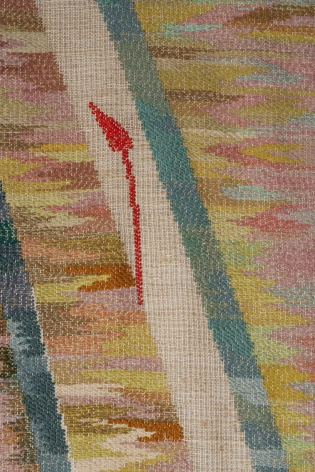 Born in 1896 in Sweden, Lillian Holm studied and worked as a weaver professionally in Sweden, including a stint at the workshop of Märta Måås-Fjetterström, before coming to America to work for the Cranbrook Foundation in 1929. From 1934 to 1937, she worked as instructor of weaving at Studio Loja Saarinen. She also taught at Kingswood School from 1933-66 and at the Flint Institute of Arts during that time, starting in 1941. While working in the United States, she introduced some innovative techniques developed at Swedish studios, as in ways to weave a tapestry more quickly than with traditional methods.

Holm and her team worked with Eliel and Loja Saarinen on the Saarinen-designed tapestry Sermon on the Mount (1941) for Eliel Saarinen’s First Christian Church in Columbus, Indiana. The tapestry took almost one full year to complete, with final dimensions of 12 feet x 35 feet, making it one of the largest tapestries completed at the time. Holm also created tapestries based on her own designs, like First View of New York (1930s), which reflected the landscape of her new home but the modern Swedish style.

Holm returned to Sweden upon her retirement in 1966 and died there in 1979.