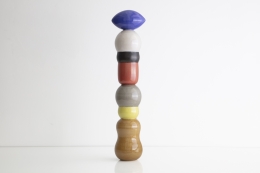 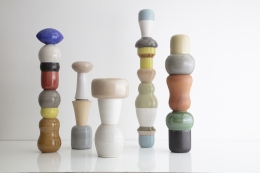 Nicola Tassie originally studied painting at Central School of Art and Design in London before dedicating herself completely to the practice of ceramics. Blending the studio pottery tradition with the ideals of fine art, her work pushes the boundaries of the material possibilities of the media. Tassie uses a variety of clays, including stoneware, porcelain, and paper clay, and plays with the technicalities of her pieces, sometimes firing them at different temperatures or placing them in different locations within the kiln. Her work is mostly thrown, though she has recently integrated some hand building into her practice. She describes her relationship with clay as an “addiction.”

Tassie works to continue the traditions of domestic and everyday pottery in her practice, blending the history of art and ceramics into an object that is at once a crossover between the two fields. Her oeuvre is comprised of clean forms that are experimental in their use of texture, color, and technique, as can be seen in her Totem sculptures, stacks of pots that can extend over eight feet tall. 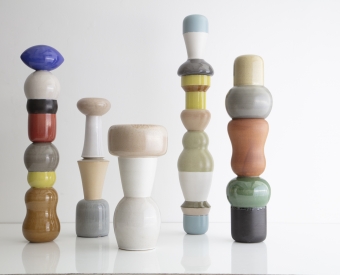