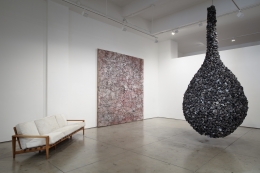 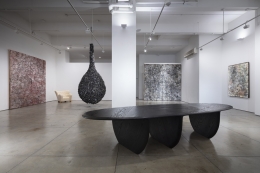 Pekka Paikkari (Finnish, b. 1960) is an artist who has worked at Finland’s iconic ceramic atelier Arabia since 1983; he is known for his versatile utilityware, his unique works, and his monumental public sculptures. Paikkari views the clay as a unifier between his artwork and the viewer, both presenting and keeping a history within itself. Offering a story through his works is his goal, whether through a building’s façade, a dynamic installation, or his large object sculptures, like his Bottles.

Paikkari has made a thorough study of the technical properties of clay and uses it in quite surprising ways. He has, for instance, developed a unique technique for drying clay. Although the web-like, fractured surface of dried clay is the outcome of a natural process, the artist controls it in order to obtain the desired pattern. Only then are the clay elements fired in the kiln. The process could be described as a controlled accident. Paikkari places particular emphasis on leaving the marks of hands and tools on his clay, bringing the act of creation closer to the observer.

Pekka Paikkari is internationally recognized and his works are found in the Victoria & Albert Museum in London, the Ceramics Museum of Barcelona and the Shigaraki Museum of Contemporary Ceramic Art in Japan. In 1989 he was awarded the III prize at the Helsinki Fair Ground Art Competition and in 1993 he was awarded the International Biennial of Ceramics in Faenza, Italy (Fondazione Cassa di Risparmio di Ravenna). 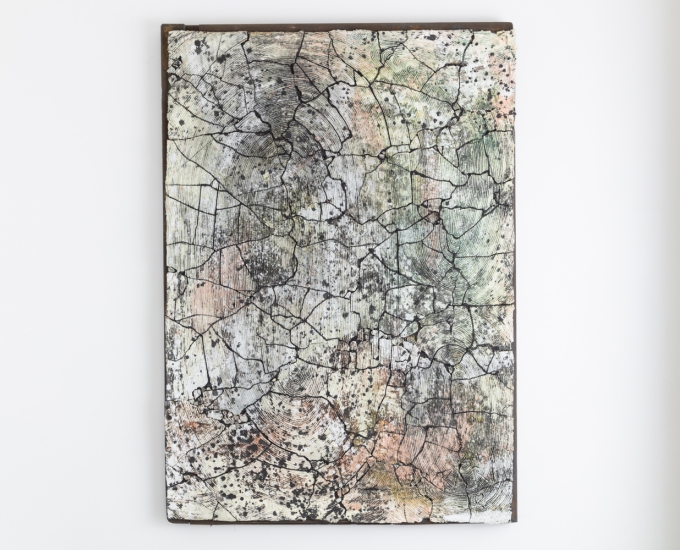 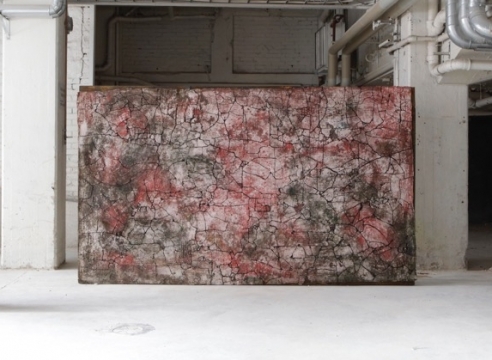